What the Camera Captures Photo by Alexandra Rowley for Curio magazine
Mouseover the image to zoom in.

For her series PORTRAIT, Alexandra Rowley, award-winning artist and photographer/director, created a “conceptual portrait” of her father.

“A portrait in the traditional sense seemed too flat to me, and led me nowhere in my attempt to understand him,” she noted.

“Beginning three weeks before he died and finishing more than two years later, I crafted an abstracted composite portrait that I felt captured essential aspects of him or at least laid bare the necessary questions.”

For her initial 2007-2010 series, she focused on individual objects and zoomed in on the details: a paperback book, the texture and stains on her father’s ties, the linings of his clothing. “The ledgers (of which there are over 60 in total) tell the story of every transaction, every interface, every penny earned and spent, and also of a world that both persists and has vanished.”

Mouseover the images to look closer. “My personal artwork is all obliquely autobiographical.

A desire to archive pivotal experiences, people and places leads me to create abstract documentations of family, home and creative practice. ” 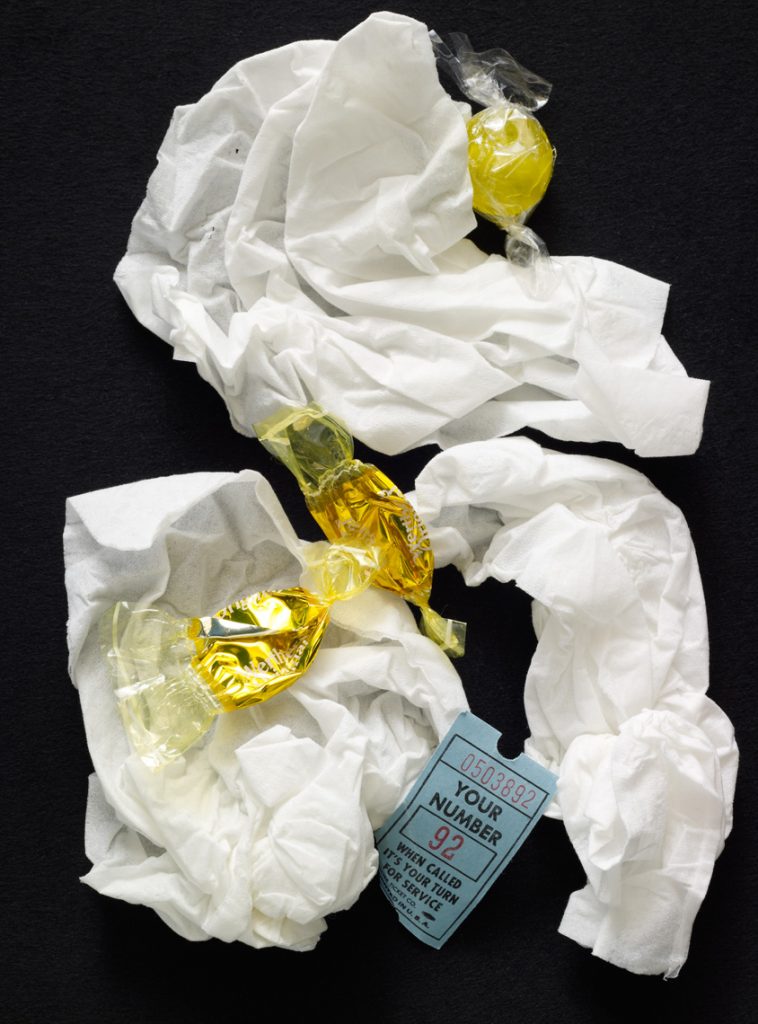 Contents of My Father’s Pockets

Contents of My Father's Pockets by Alexandra Rowley 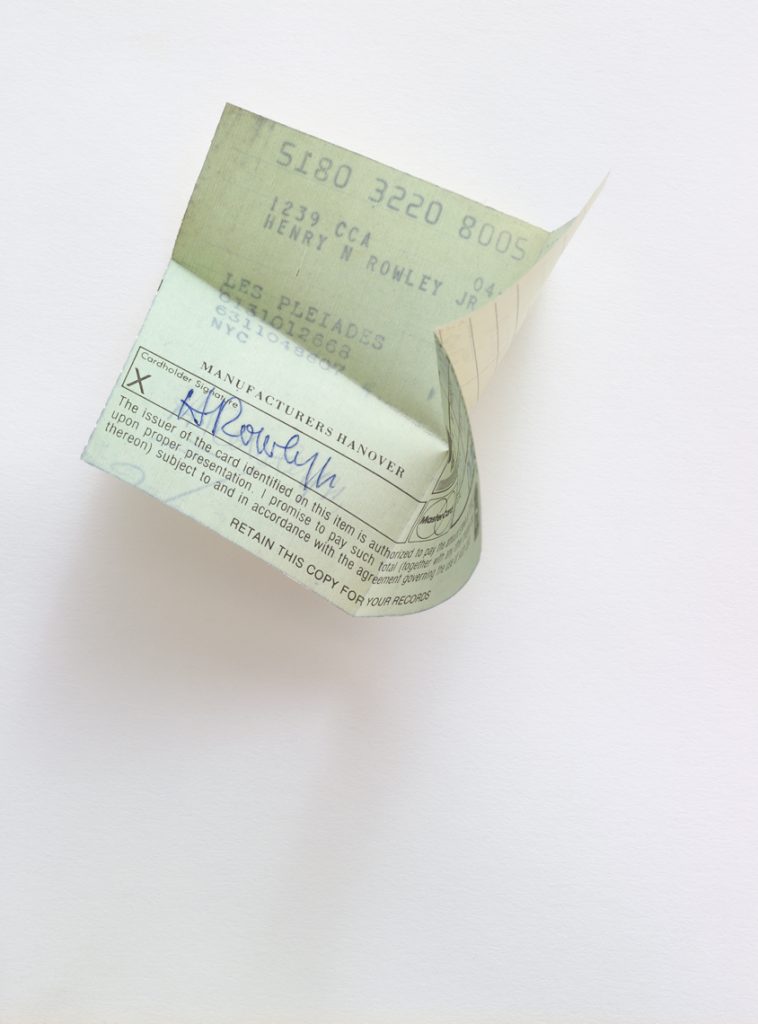 My Father's Papers by Alexandra Rowley 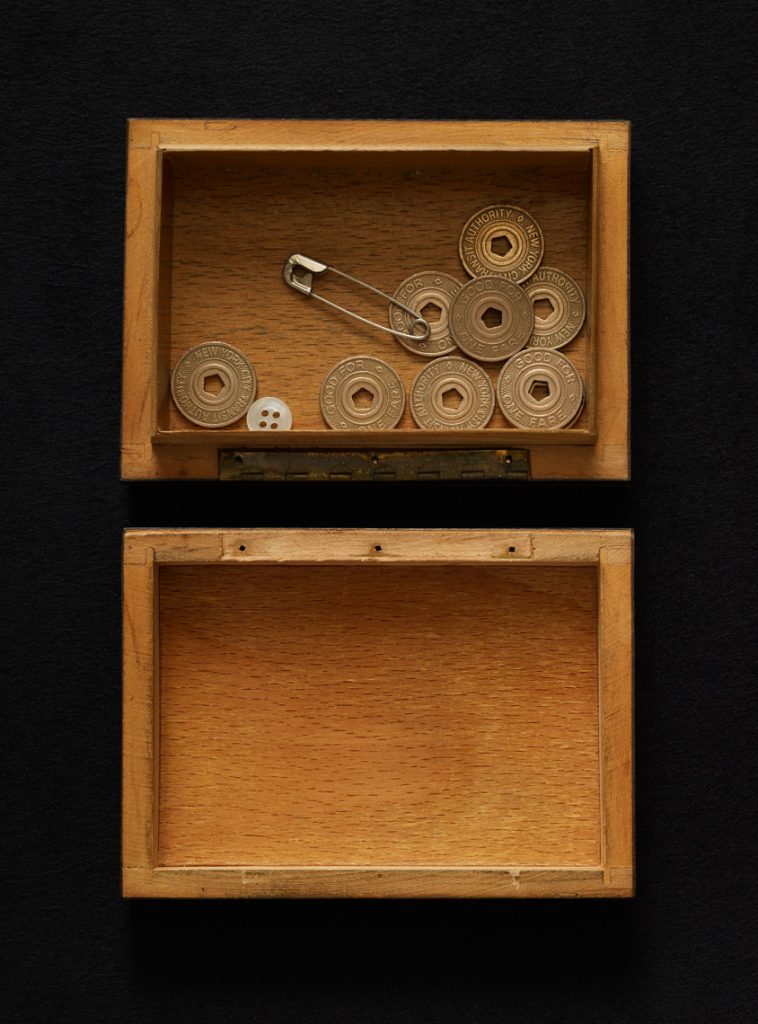 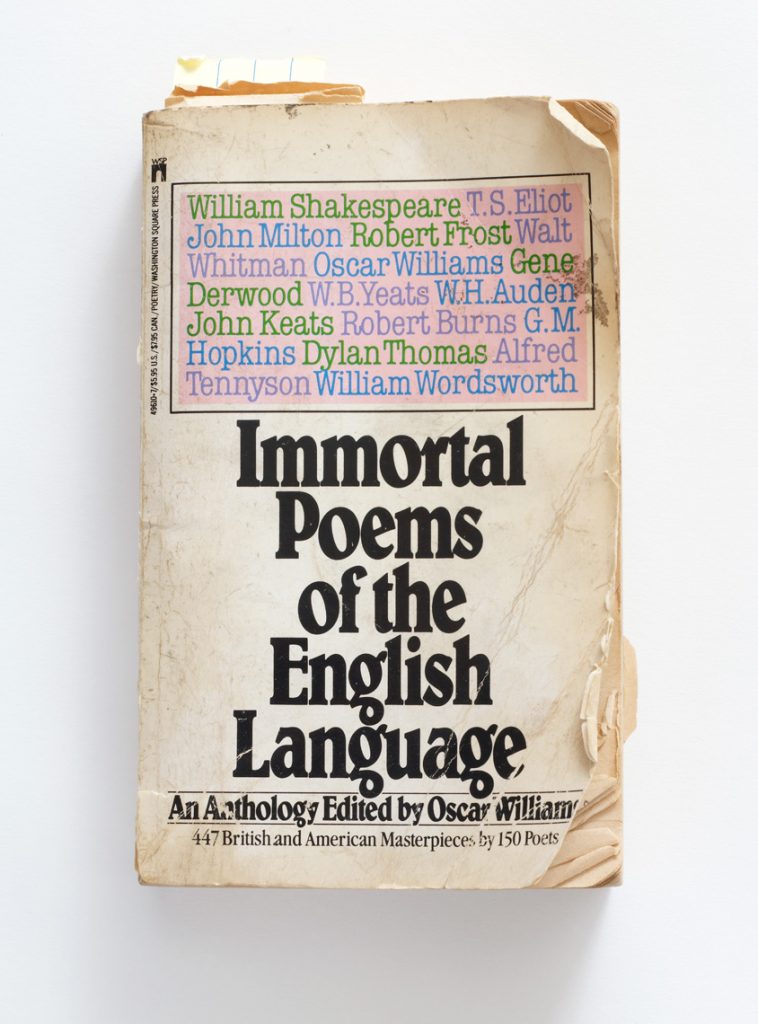 My Father's Book by Alexandra Rowley 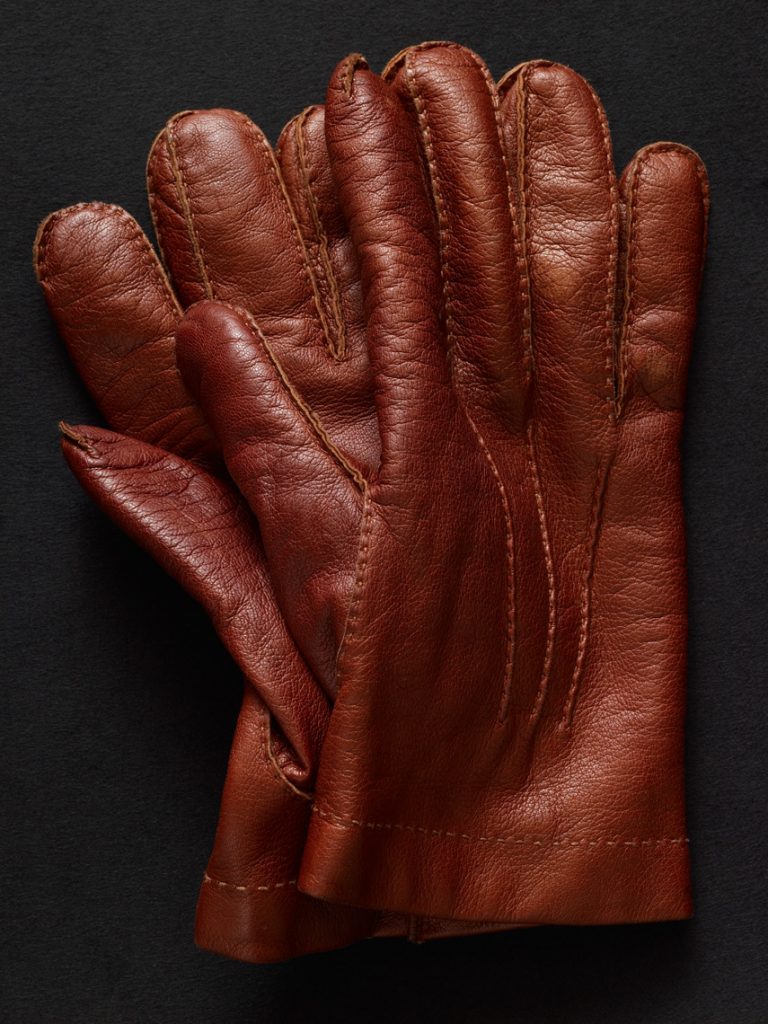 My Father's Gloves by Alexandra Rowley 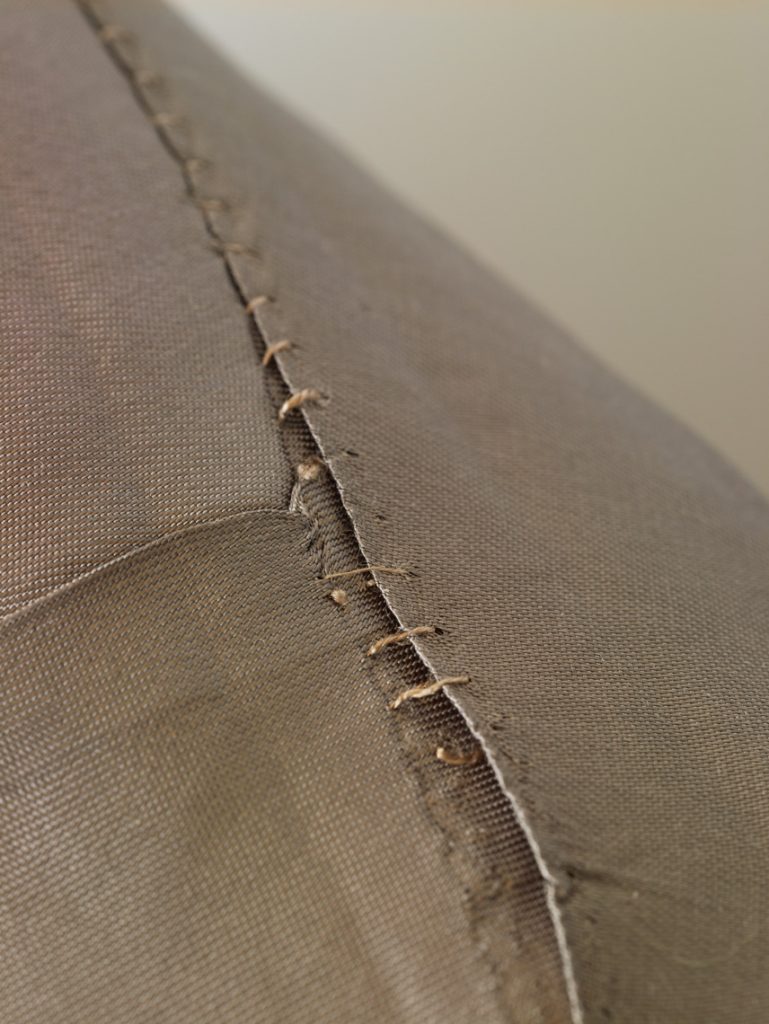 In 2018, Alexandra revisited the project for Issue 16 of Curio magazine, expanding the series with images of the macro –– New York City and its architecture –– and the micro: additional ephemera from her father’s life. Having become a mother to a son, she had a desire to “look more expansively” at her father’s life, cataloguing and capturing mementoes from her father’s own childhood. 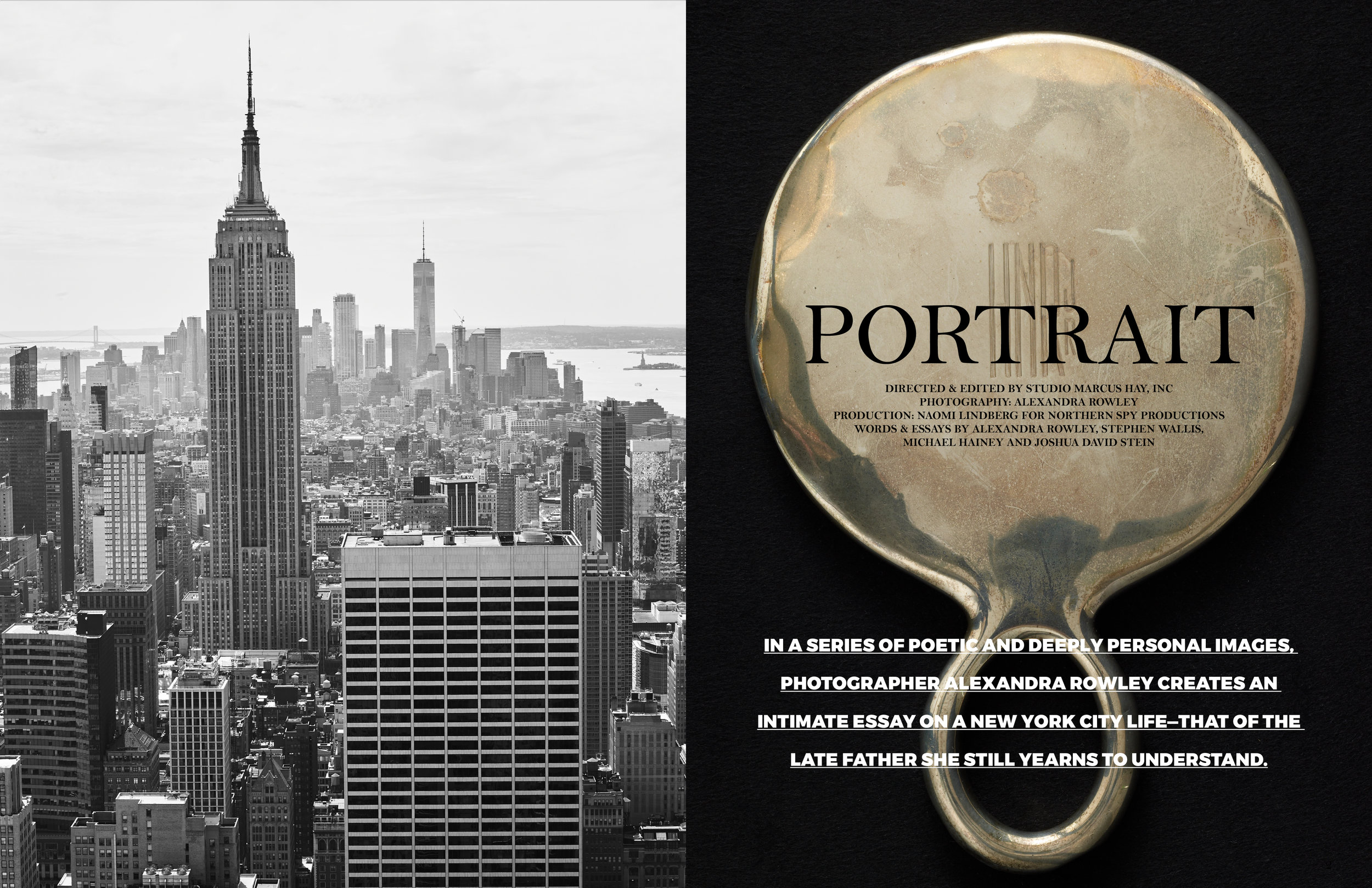 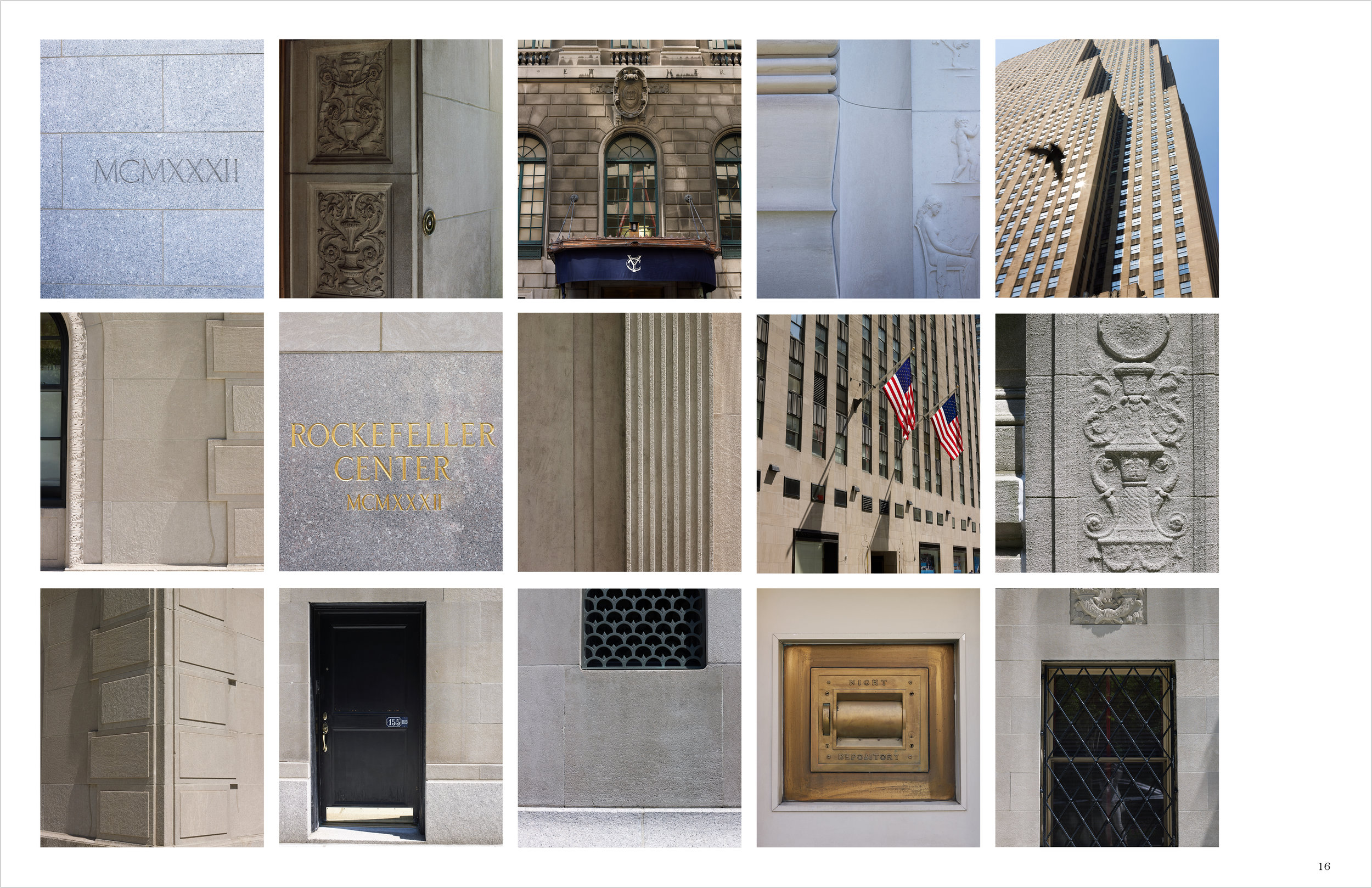 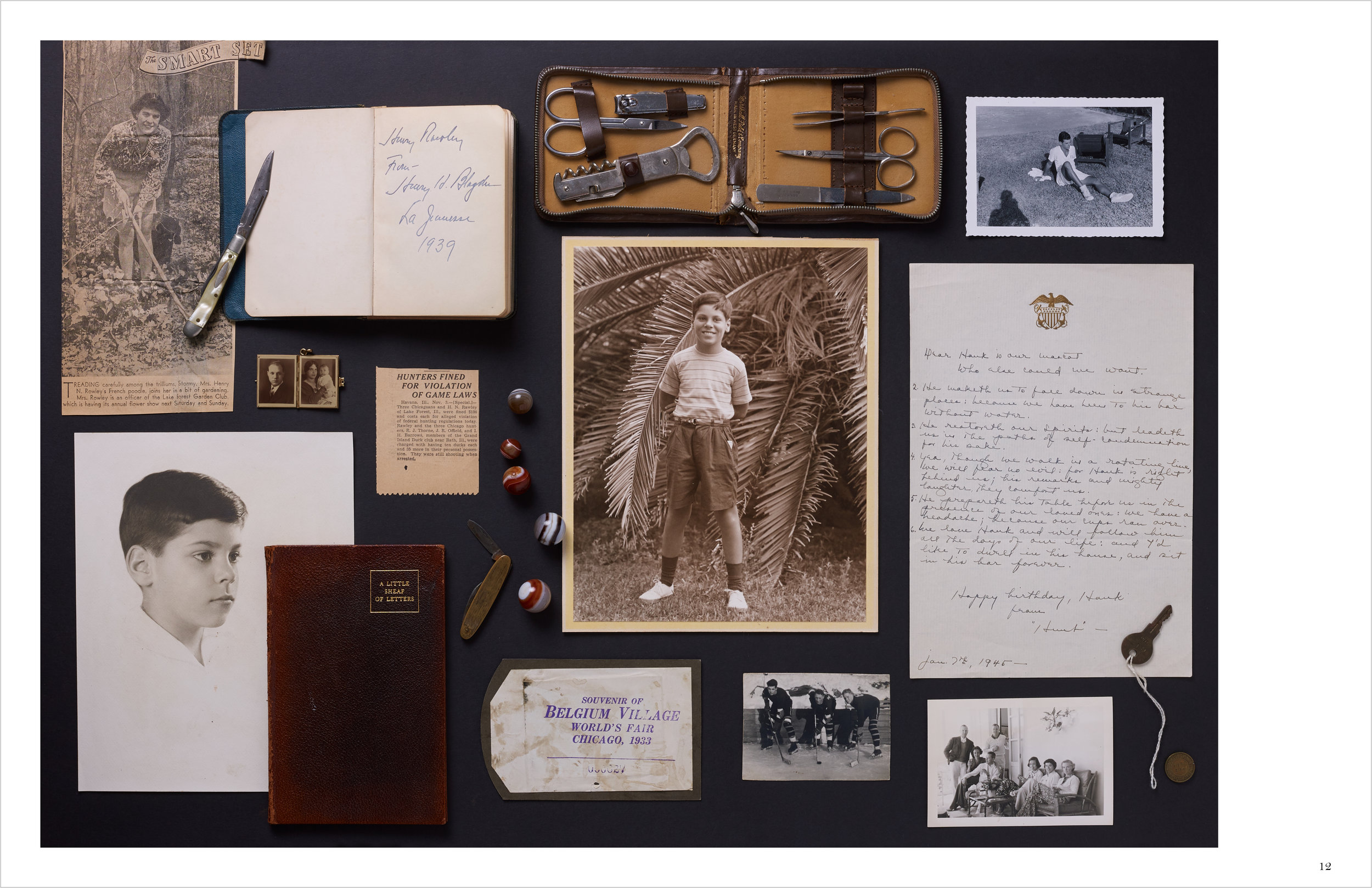 “My father gave me my first camera. It enabled me to engage and observe all at once. Photography and memory are intimately bound. What we choose to see shapes our experience, our memories.” Born and raised in New York City, Alexandra Rowley is an award-winning photographer and artist whose work has been exhibited internationally in solo and group shows at galleries as well as art foundations. She has exhibited her work internationally, including solo shows at Dina Mitrani Gallery in Miami, Galerie Speos in Paris and Geukens and de Vil in Belgium, as well as group exhibitions in New York, Los Angeles and Miami.

She has had the privilege of being awarded fellowships for artist in residence programs at various foundations around the country, including Ucross Foundation and Atlantic Center for the Arts, as well as awards – most recently by PDN.

Conversation: What the Camera Captures

Join artists Lora Appleton and Alexandra Rowley in conversation with curator Charlene Lam of The Grief Gallery about their photography-based projects and the role of creativity in processing their grief and losses. Register: https://bit.ly/grief-nycxdesign2021

The Grief Gallery is a project by Grief Grit Grace and curated by Charlene C Lam. Visit www.griefgritgrace.com for more resources and information about my approach to grief work.

This is How We Remember: Left, Kept and Created

Invitations to exhibitions and thoughts on grief.